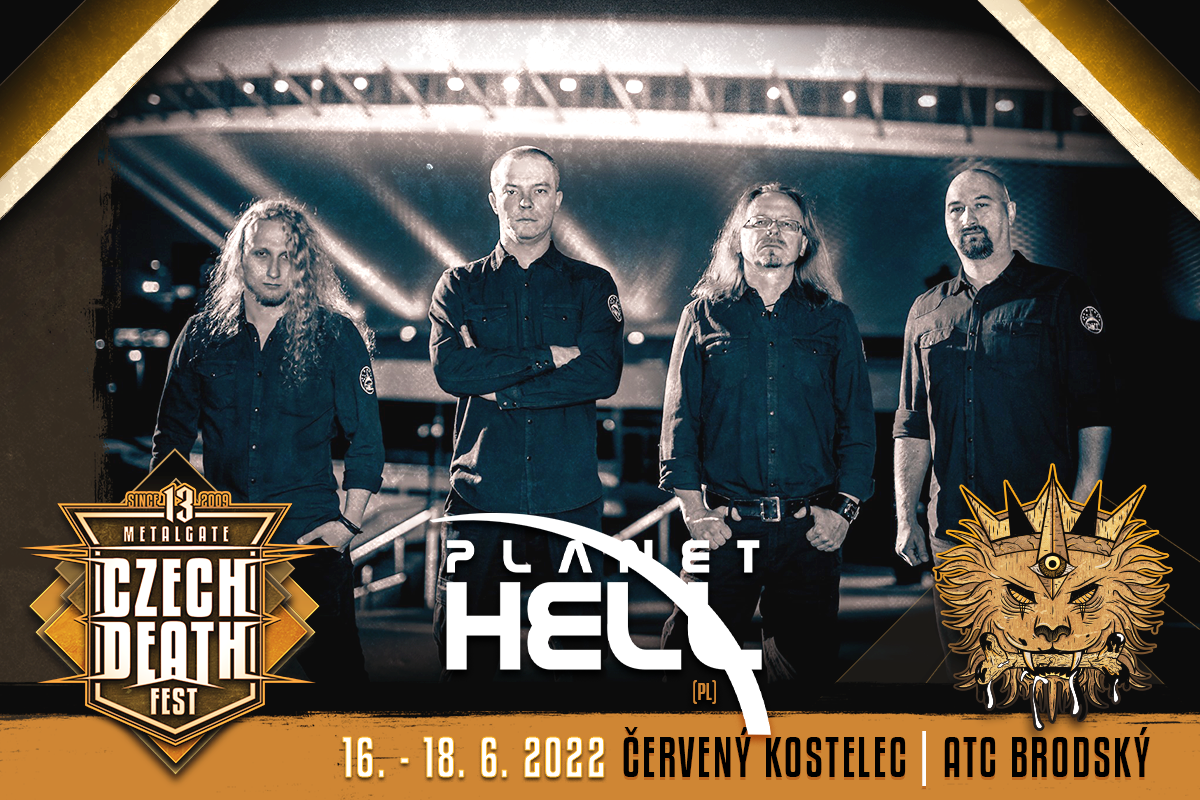 To play progressive death metal is no small challenge for any musician. However, PLANET HELL of Poland took it head on showing confidently with every show played and every new recording released that they intend to gain the respect of all genre fans! Including those in the Czech Republic, where the band played for example on MGCDF 2018 or alongside Hypnos in Uherské Hradiště. The roots of PLANET HELL stem to 2014, to a purely solo project of Przemysław Latacz that transformed to a full-fledged band a year later. Their discography contains two full-lengths so far – “Mission One” (2016) and “Mission Two” (2019), which both, it is apt to note, stem lyrically from the works of Stanisław Lem, an acclaimed sci-fi novelist, philosopher and futurologist. Together with the sophisticated technical music, a brilliant combination indeed!